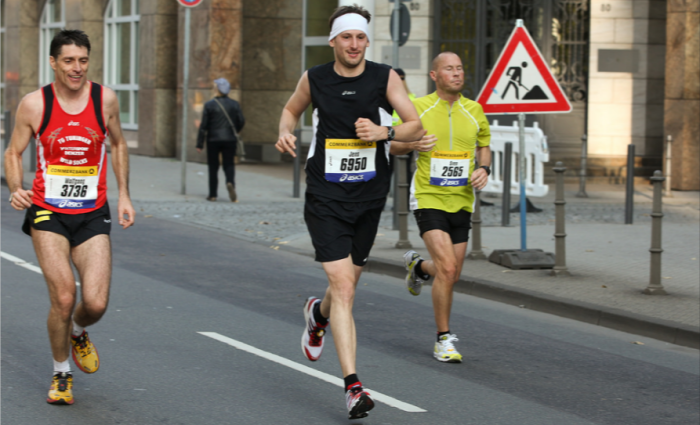 I’ve see it again and again, those shooting stars, those students who arrive fresh from their high school studies and want to race through everything. They do well, they speak well….for about three months, then something happens.

As with any shooting star, the first part of the ride is bright and brilliant and fast, but when something is moving that fast, it’s going to fade out just as fast. The enthusiasm and drive that is. That’s why these shooting stars are really the Usain Bolts of this ESL world. They go fast and hard and make it to their exam and even pass. But the question is, have they retained anything long term? A language isn’t something you consume then regurgitate later for test purposes. It’s something that grows within you.

So we move onto the marathon runner. This one is someone who doesn’t have much to keep them going, but they don’t need much either. They operate like a marathon runner and consumer their energy at a very efficient rate, never going too far off the edge to burn everything up like a shooting star. It’s just not in their DNA to do things that way. These are the ones who believe that a language is part of the soul. A language needs love and care and nurturing over time and when it engages with the world it grows and expands and gets new energy from itself and from communication.

The marathon runners may not get the top marks in the class the first day they start but long term, they will win the race. They are the ones who let this new skills grow with them. They are committed to the ten year plan and never waver. When things are down they say, tomorrow will be a new day. Nothing is every lost. These are the ones who will seriously speak English for life.

So what about you? Are you a sprinter or marathon runner when it comes to ESL?

2 thoughts on “Are you an ESL SPRINTER or MARATHON runner?”